We have scoured the internet seeking true marvels of woodwork! What we have discovered has made its way to museums, festivals, and even Ripley's Believe it or Not! Will you believe that a Ferrari carved from wood can both drive and serve as a boat? How about a wooden life-sized robot body suit complete with space on the inside for a human? Something out of Pacific Rim or Avatar! And what about a surfboard worth over a Million dollars?

The Ferrari was created in 2001 by Italian artist Livio De Marchi, an old-world master known for his incredible wood carvings. The boat was created to sail the canals during the annual Carnival of Venice festival. It took de Marchi five months to carve all 2,000 pounds of the Ferrari F50. 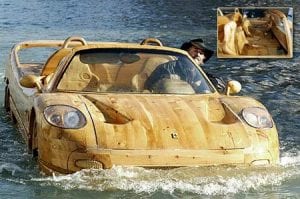 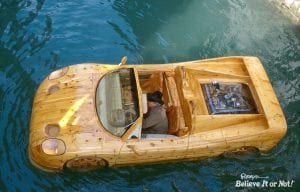 This fantasy pumpkin carriage can be used on land or water.  Livio De Marchi created it to escort his daughter on her wedding day. 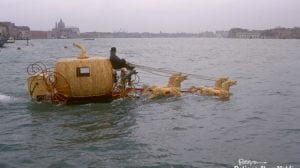 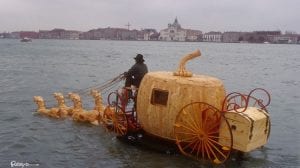 Michael T. Rea designed and built this life-sized steampunk-styled robot, mixing his science fiction idea with the reality of wood. Rea calls it “A Prosthetic Suit For Stephen Hawking.” Using materials such as wood, burlap, and rope, the artist creates life-sized versions of objects that appear in the fantastical worlds of science fiction and tries to make them come to life through the material. 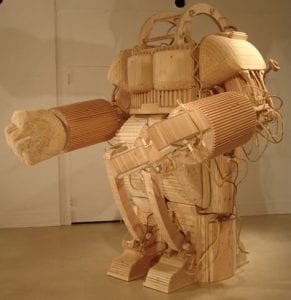 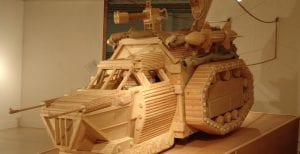 Built in Japan, the Wooden Supercar is made entirely out of wood except its engine and other mechanical gear. It is said to be made by some furniture manufacturer and can reach the speeds of up to 90km/h.

Crated by Hertfordshire, United Kingdom-based sculptors and CNC/rapid-prototyping masters Morpheus, this wooden WALL-E sculpture is a limited edition of one. Commissioned by Disney as a gift for Pixar/Disney chief creative officer John Lasseter. 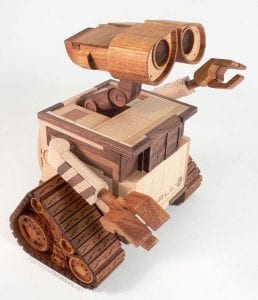 Dmitry Balandin – the 39-year-old Ukrainian who has built himself a 1.95 -meter-tall Cylon from 500 separate plywood parts. The robot enthusiast spent $300 and roughly six months in building this most amazing DIY robot. 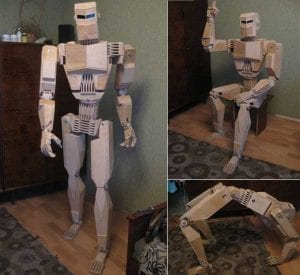 This impossible creation was made possible by a Ukrainian, Vasily Lazarenko. Designed completely in wood, this unique car with two faces took a year and a half to get this classy look. Inspired from the 1981 Opel model, this car offers a simple solution to your confusion to buy a cabriolet or not. 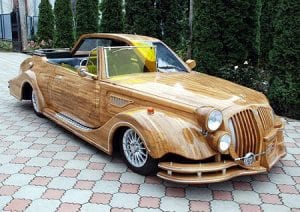 A surfboard worth 1.3 million dollars! Though hard to believe, this masterpiece has been created by the famous surfboard designer – Roy Stuart. ‘The Rampant’ as this wooden surfboard is named is carved from the rare wood of tree Paulownia (found in Asia). The gold lion motif on the board, its concave shape for better balance, tunnel fin designed from kahikatea wood (for rapid acceleration) makes this wooden accessory simply irresistible.The Rampant weighs 31-pounds. 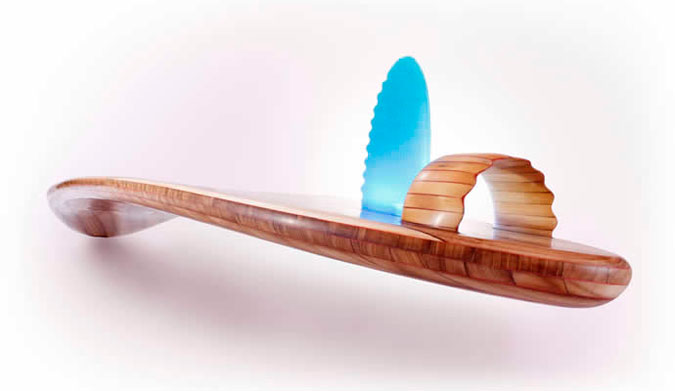 Burning Man is a week-long annual event that began in San Francisco's Baker Beach in 1986 and migrated to the Black Rock Desert in northern Nevada, in the United States. 65,992 people attended Burning man in 2014. The Pier Group artist collective created this amazing large-scale sculpture for the gathering. Called “Embrace,” it is a 72ft tall wooden structure featuring two humans embracing. The Project cost over $250 Thousand dollars and was burned in celebration of the event. It was nice while it lasted. 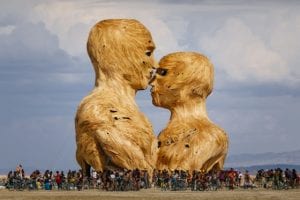 What topic interests you the most?